A number of schools around Australia have been working with dung beetles. Dung beetles are a great project for students of all ages. Along with awesome beetles, such projects involve poo! Andrew Doube has been working with Landcare Tasmania to raise beetles at a primary school in Hobart. The kids built a series of breeding tents and monitored beetle numbers, and local high school students even wrote computer programs to record soil and air temperature in the tents.

Andrew Doube is enthusiastic about the program as ‘it engages kids who are not comfortable sitting in a classroom’. Dung beetles can teach kids a lot about ecosystems and sustainability. The students are also encouraged by knowing they are doing something that should have a long-term positive impact on their environment and community. A dung beetle project has the added benefits of getting students involved outside the classroom while engaging them in science.

Sally Kirby from Central Tablelands Landcare in NSW has also been working with dung beetles in schools.  Central Tablelands Landcare has been monitoring dung beetle activity with Bernard Doube and landholders since 2016. They have identified up to 12 species active through the summer months, but only one species active in winter in this region.  The group has been working with Bernard to fill this winter gap.

Inspired by Andrew Doube’s work in Tasmania, Central Tablelands Landcare purchased Bubas bison to set up breeding sites at schools in their district.  They worked with children at two schools, in Orange and Molong, to build breeding tents and released 150 beetles into each tent.  The children were instructed to ‘feed’ the beetles fresh dung each week and to check their progress using photo monitoring.

To monitor how the rearing was progressing, separate ‘soil cores’ were also set up at each site, each containing three male and three female beetles in an enclosed mesh bag buried in the ground. In November 2018 and May 2019 a sample of the breeding cores was dug up at each location and the children were able to see the stages of larval development and learn more about the dung beetle life cycle.

All sites had successful breeding. Of particular interest at the May inspection of cores was that fully mature adults were ready to emerge at one location, whereas they were in diapause (i.e. their development was delayed for a year) at another. This disparity has sparked much discussion about the life cycle of Bubas bison, which has a 1- or 2-year life cycle depending on local climatic conditions. In cooler areas such as Tasmania, a 2-year life cycle is common.

Buoyed by the success of the breeding program in 2018 and 2019, Central Tablelands Landcare spread the word on Facebook that they were looking for more schools to set up breeding cores for the 2019 winter.  They were overwhelmed by interest and unfortunately had to select just four schools to participate this year.  The kids at these schools have buried their cores and are looking forward to finding out whether the beetles are successfully breeding when they bring up their first cores in November.

If you have already started a dung beetle project in your school, we would love to hear about it, email us at dungbeetle@csu.edu.au . 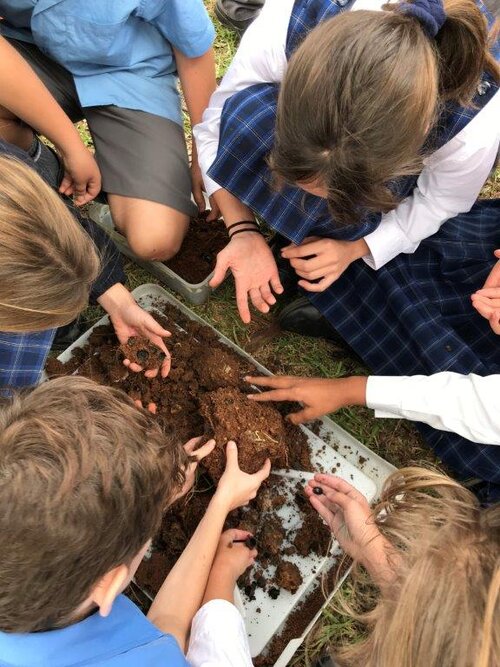 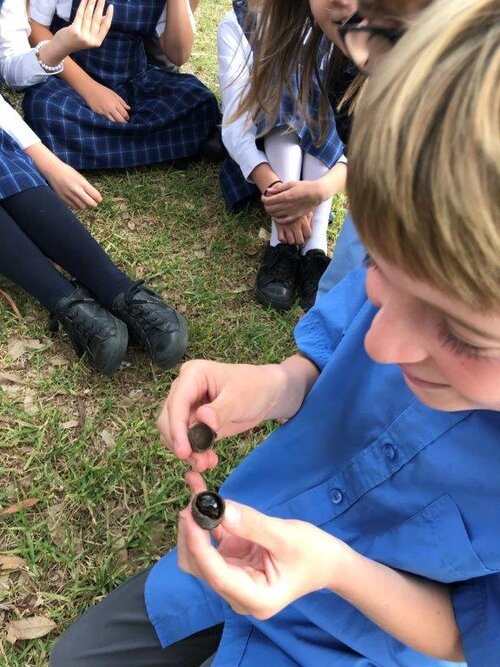 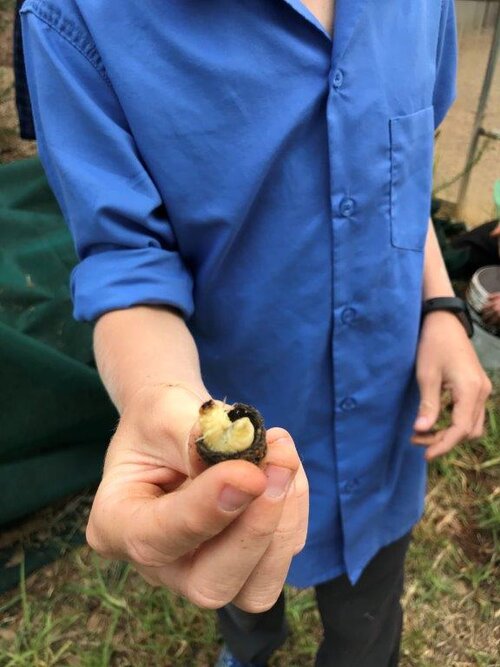 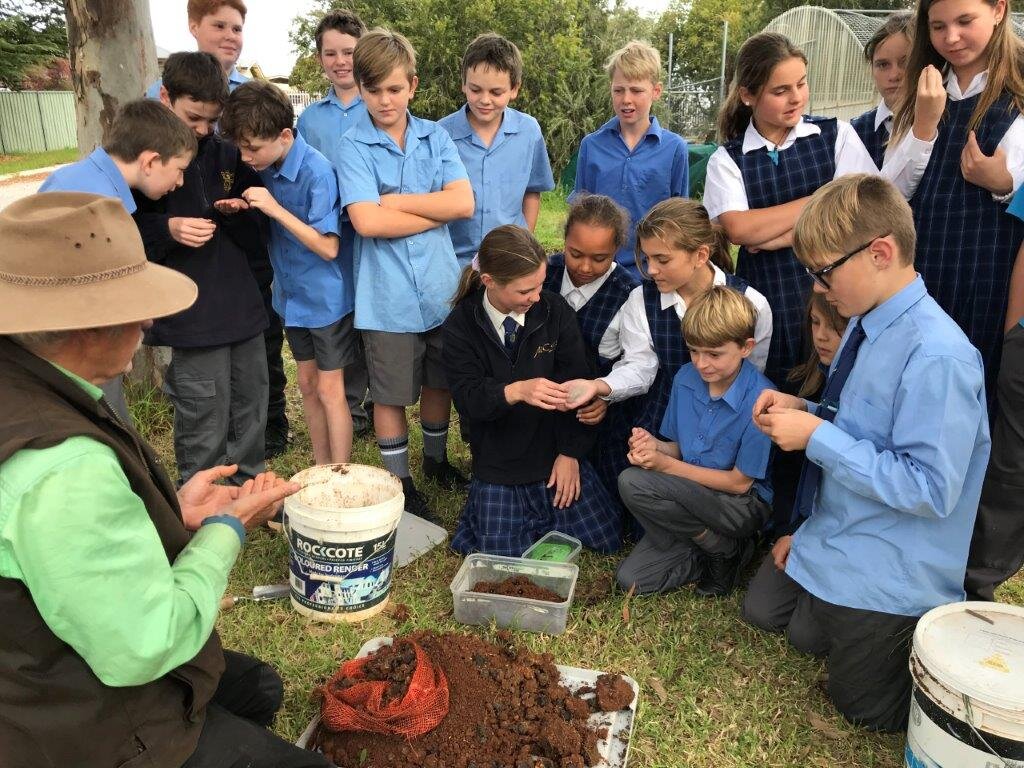