Dung Beetle project success flies in the face of COVID-19

Dung Beetle project success flies in the face of COVID-19

Despite the chaos caused by the COVID-19 pandemic, the team behind the Dung Beetle Ecosystem Engineers (DBEE) project has successfully completed the project’s first objective, ahead of schedule.
Over 24,000 spring and summer active dung beetles have been successfully distributed to 50 farms across Southern Australia and Western Australia in recent months to be carefully reared and monitored by trained producers, including the first newly imported species.

The project, which kicked off late 2018, aims to import and mass rear three new species of dung beetle to help plug Australia’s deficit in spring active beetles. The beetles play a critical role on farm, transforming livestock dung into a multi-million-dollar benefit for producers. Now, thanks to this new spring active species, this benefit will be felt year-round with insects burying livestock dung which in turn boosts soil nutrition, improves water permeation and can radically reduce fly and parasite numbers. 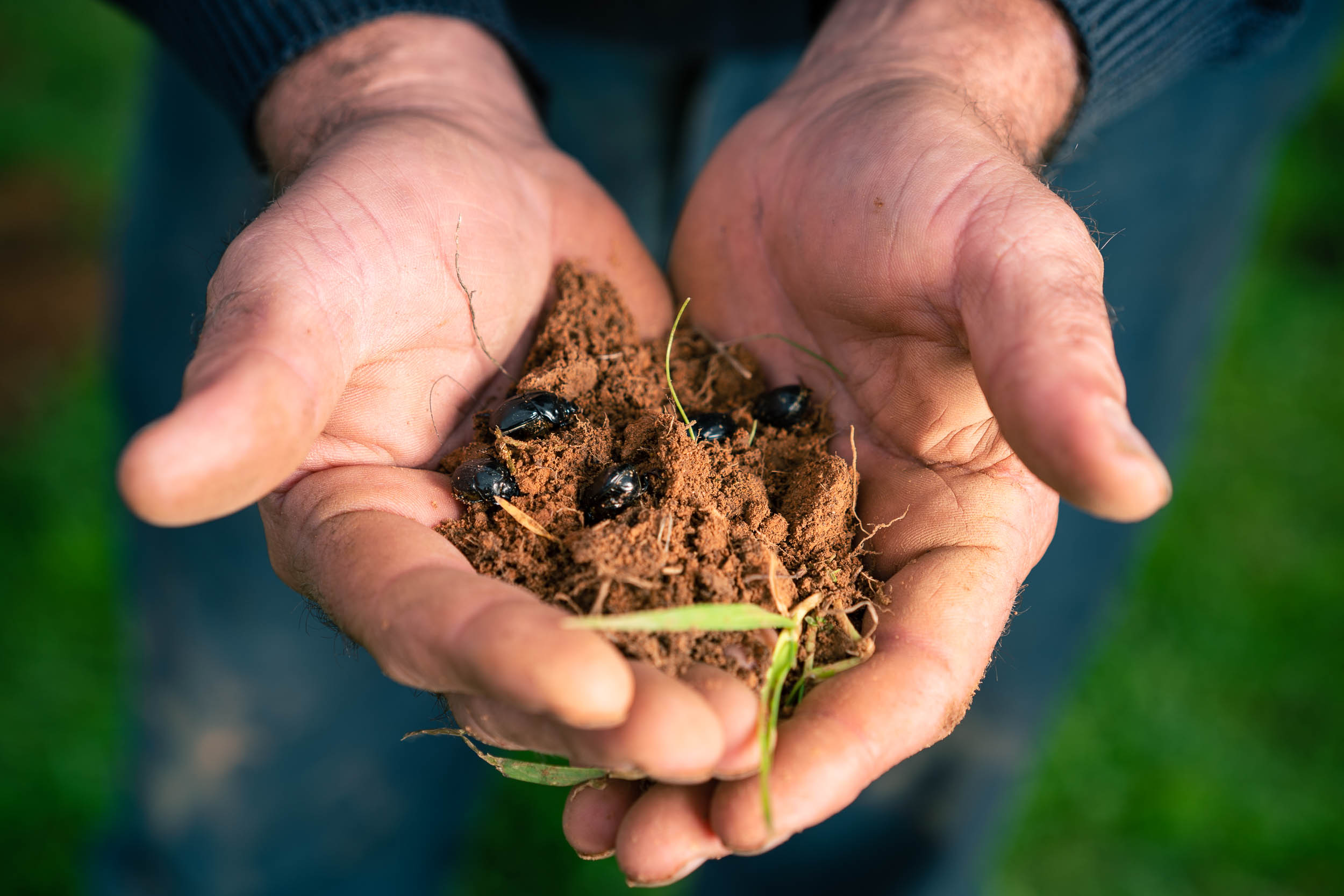 Charles Sturt University Professor of Plant Biology and DBEE theme leader, Leslie Weston, says the multiple partners involved in the project are thrilled the campaign has hit such an important milestone in the face of global uncertainty. More than one-million dollars has been invested into the research campaign; including support from Meat & Livestock Australia (MLA) and funding from the Australian Government Department of Agriculture’s Rural Research & Development for Profit program.

“COVID-19 has clearly resulted in some challenges to the activities undertaken in the DBEE project,” Professor Weston says. “But we’re very excited that we’ve been able to complete the objective of the project and get the beetles out in the field; the fact that we’ve been able to do this in a year and a half is encouraging, as we have two more dung beetle species we’re currently working on importing and rearing. Now that we’re established, we’re hopeful we’ll be even more efficient the next round, even in the face of COVID.”

Professor Weston said interest from schools keen to involve their students in mass rearing as part of the curriculum are continuing with orders for starter colonies already coming in ahead of the winter season.

The campaign hopes to successfully import, mass rear and release the next two species before the project wraps up in 2022.